Flight of the Angels towards Friuli’s Wonders 2020 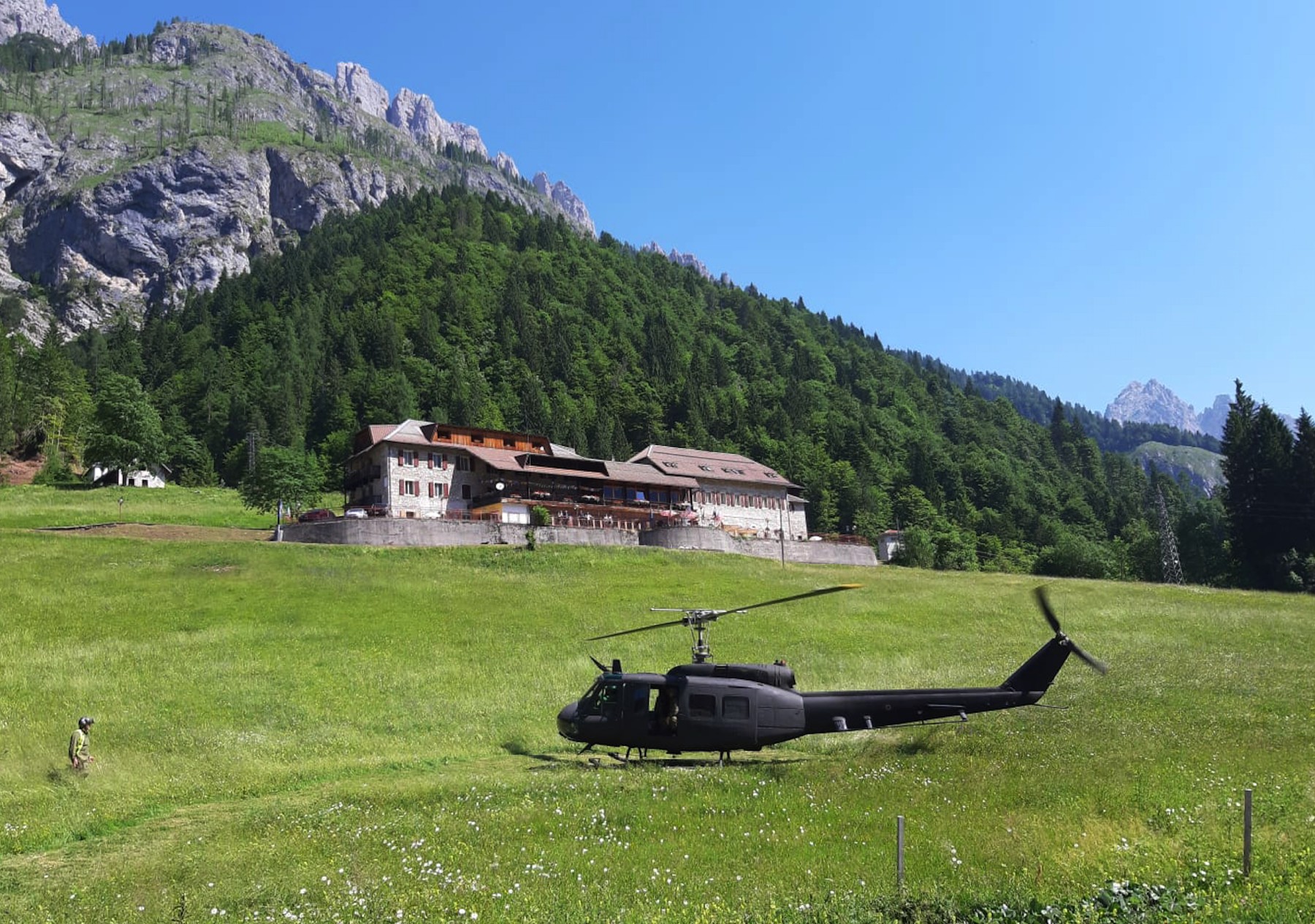 Army and disability, a bond at high altitude 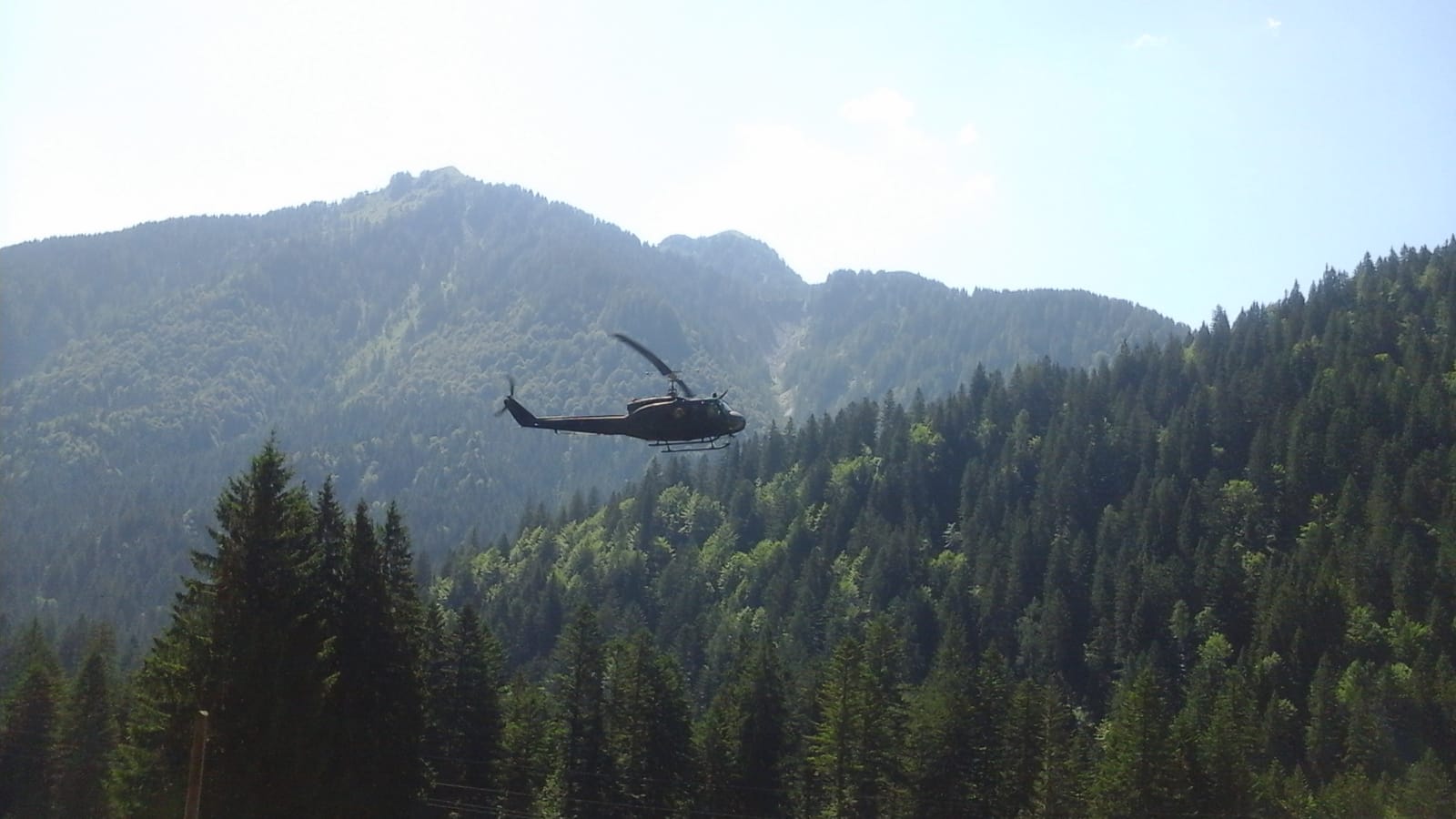 An exciting project related to Accessible Tourism at high altitude, combined with “The 5 Wonders of Friuli” project. Its aim is to give value to the territory, to yet unknown, tasty and original dishes produced with typical local, combined with Folk music concerts with the collaboration of Folkest Eventi.

Activities will start at Hotel Pradibosco Agrituristico, with the active and synergic collaboration of the Chief of Defense Staff, North Padua Operative Forces Command, the 5th Aves Rigel Regiment of the Friuli Aircraft Brigade, local organizations and authorities. The Presentation of the project The 5 Wonders of Friuli will take place, where wine and gastronomy is combined with the music of Folkest.

“White night” at Pradibosco will follow with different singers and folk music.

After breakfast, departure towards Sauris di Sopra to discover the small and ancient village, with off-road vehicles made available by the GFI Alpe Adria Group of Gradisca d’Isonzo under the careful direction of Tiziano Godeas. 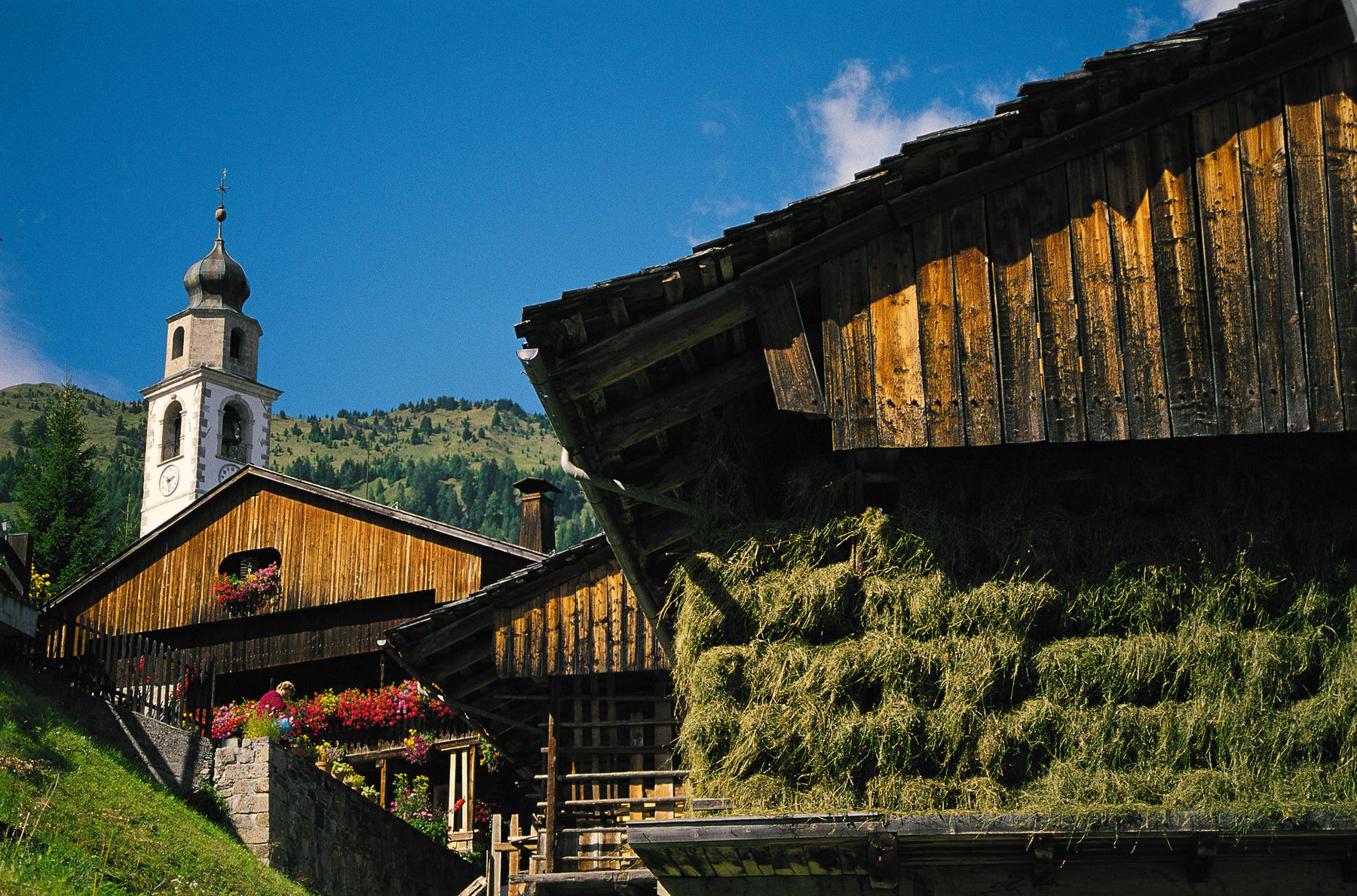 A day devoted to food and wine with typical products made at mountain cottages, accompanied by Zahre wine and craft beer. Everything will be immersed in a Folkest concert.

Sauris, in local dialect, in known as Zahre. Buildings are usually developed on two floors, the lower one in stone, the basement, and the upper one in wood, made with the block bau technique (overlapping trunks of wood stuck at the corners). The roof is covered with wooden shingles. At Sauris they also speak an ancient and fascinating language, a German dialect belonging to the linguistic group of southern Bavarian, alongside Italian and Friulian.

After breakfast, departure with off-road vehicles, always provided by the G.F.I Alpe Adria Group of Gradisca d’Isonzo with the collaboration of Giardino Elfico Stellare and the Ass. Sportiva giovani Overbugline from Codroipo.

We drive from Friuli to Veneto, as we discover another Italian beautiful region.

We start from Pradibosco up to Casera Campo as part of “Orientation in Nature” morning program, then on foot up to the Casera Pian de Sire. We will be guided through a unique landscape where often there are deer grazing. 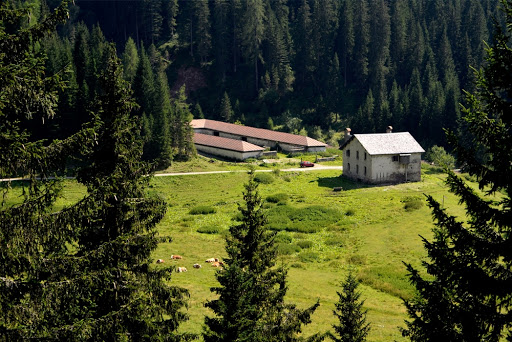 The afternoon will be devoted to music, as a concert of Scottish and Irish music will take place on the terrace of the Hotel Pradibosco.

After breakfast, departure towards Venzone and Gemona, two villages that were rebuilt with care after the 1976 earthquake. They offer the opportunity for a careful reflection on the work of reconstruction and restoration in Friuli. They serve as a rare example of a medieval village surrounded by a crenelated wall built on an embankment and the presence of the famous “mummies”, placed in a strategic position on the ancient road to the north. 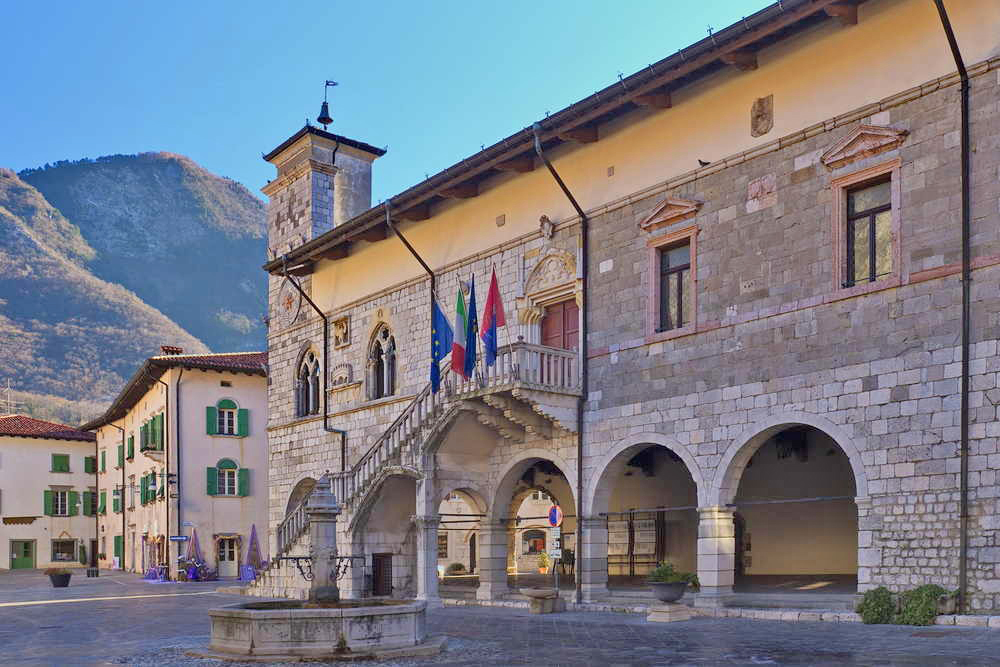 Afternoon devoted to wine tasting of wines from Nimis to Cormons, villages located among woods and hills. Today they are the land of the magnificent wines of the eastern hills of Friuli, the homeland of Ramandolo. Cormons, a beautiful Hapsburg-style town, is the main center of the enchanting hilly area called Collio, a short walk from Gorizia; it is surrounded by small and characteristic villages on the border with Slovenia, such as Dolegna del Collio, San Floriano del Collio, Savogna d’Isonzo, where Slovenian language is spoken. Here, there is little distance from the mountains and the sea: the microclimate, absolutely unique as for ventilation and thermal excursion, fits perfectly with the “ponka”, the characteristic terrain of the Collio, ideal for vines. A wonderful combination of Folk music, wines and tastings

After breakfast, departure for Maniago, Poffabro, Val Colvera, up to Andreis, seat of the Friulian Dolomites Natural Park, a World Heritage Site.

Poffabro is a tiny village in Val Colvera in the municipality of Frisanco, at an altitude of 500 meters, a few kilometers from Maniago. Val Colvera is quite isolated, located on the edge of the Friulian Dolomites Natural Park at the foot of Mount Raut.

Most of the tiny villages were restored following the 1976 Friuli earthquake.

Poffabro is among the “most beautiful villages in Italy”. At Christmas the two main villages, Poffabro and Frisanco, come alive with a series of initiatives. The nativity scene exhibition called “Poffabro, nativity scene among the nativity scenes” is famous throughout the region, and gives value to the typical streets and houses. 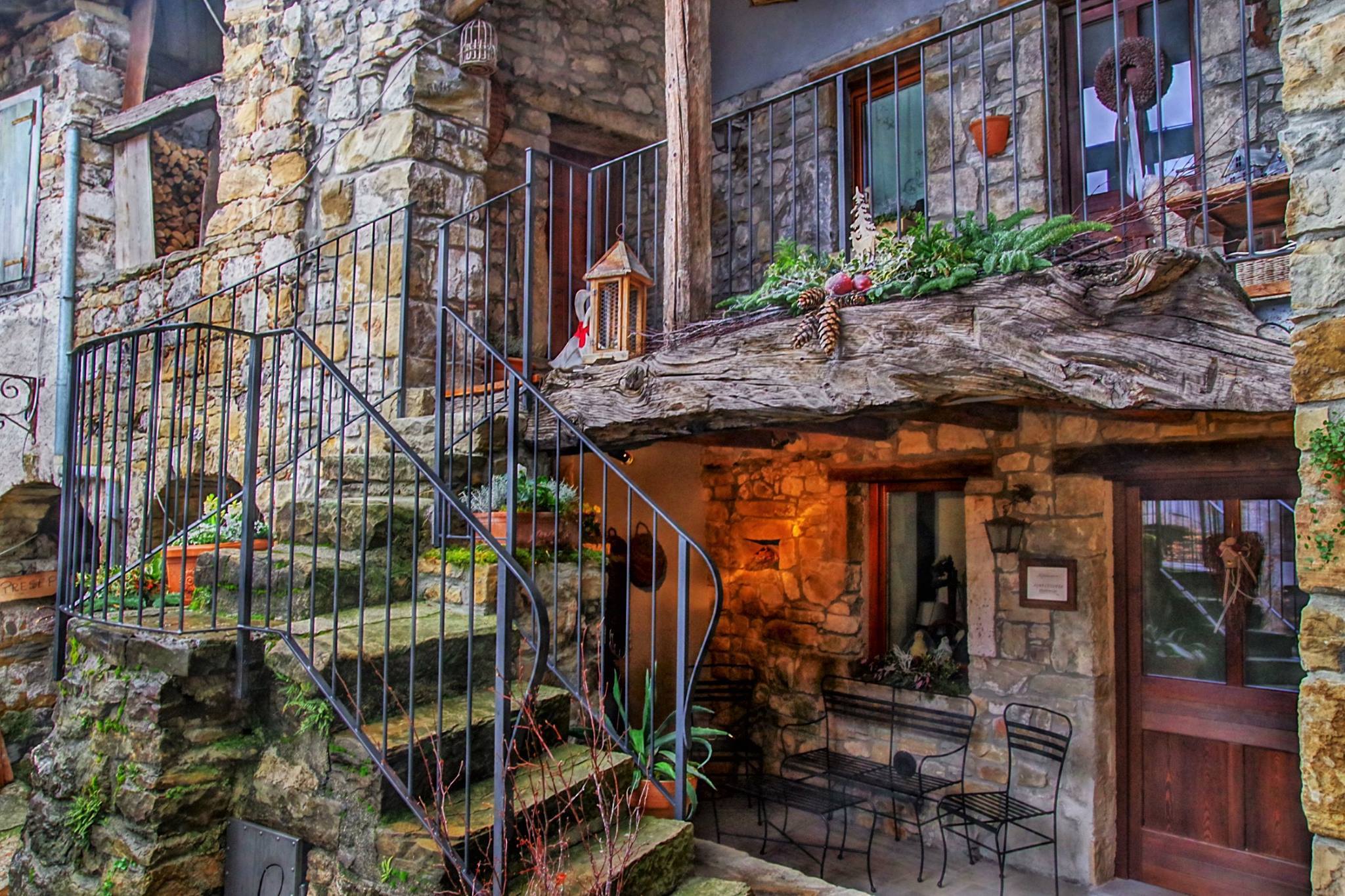 The music from Northern European countries moves to Andreis. Here we suddenly find one of the “living museums” of the mountain and peasant civilization, a town lying on a green terrace, protected by the mountains.

After breakfast, our Tour of Wonders carries on with a visit to Grado. The fishermen’s town is adorned by a maze of small islands that shape its suggestive lagoon, which reveals itself along town squares and alleys overlooked by the picturesque fishermen’s houses in the old city, in Campo dei Patriarchi. It is known as the island of the sun, because its three kilometers of beach, facing south, are never in the shade and also because, thanks to its particular microclimate, the sun is never missing. 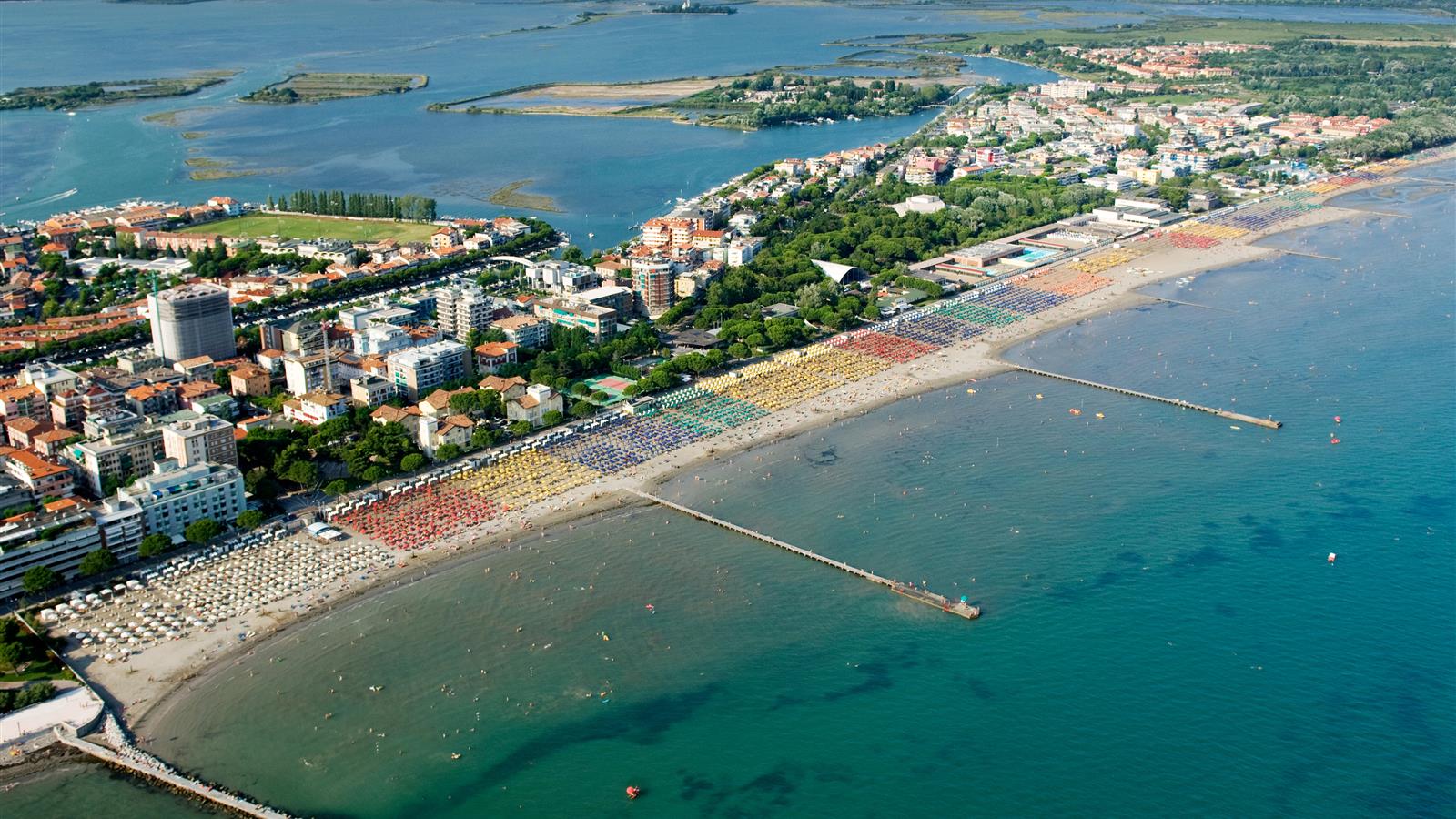 Later on we move on to Verdi square in Trieste for a lively party dedicated to Folk, good humor and typical flavors, on the beautiful square of Trieste, the capital of the Friuli Venezia Giulia region, in the north-east of Italy. As a port town, is the most cosmopolitan in Italy. Here you can experience the glorious Hapsburg past that made it the “little Vienna on the sea”. At the crossroads of languages, peoples and religions that still characterize it you can easily sense its soul, both Central European and Mediterranean, that runs along the Carso plateau, characterized by limestone. Italian, Austro-Hungarian and Slovenian influences are evident throughout the city, which includes a medieval historic center and a neoclassical quarter from the Austrian era.

After breakfast, we visit San Daniele del Friuli which is not only the city of ham, but it is rich in history and art as well. It consists of a historic, elegant and well-preserved center, which makes you want to take a walk among the historic and artistic exemplars, among alleys and squares, to take a journey back in time. San Daniele houses one of the most prestigious libraries in Italy and the oldest in Friuli Venezia Giulia: the Guarneriana Library, which preserves precious illuminated manuscripts. 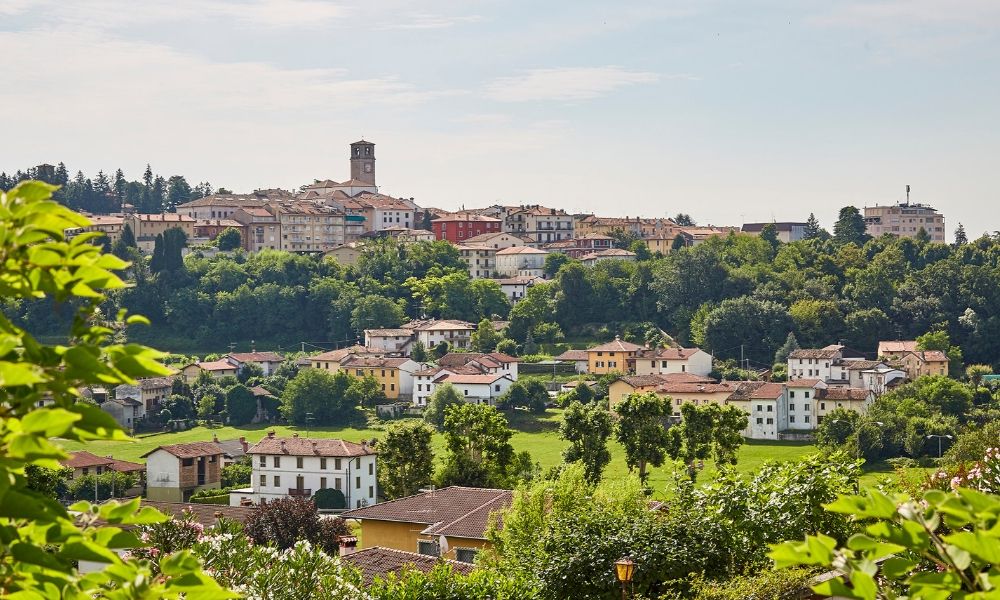 The art of ham making has been handed down for centuries in San Daniele del Friuli. It is considered one of the pearls of Friuli Venezia Giulia, known internationally for the production of smoked trout and above all a ham with a unique taste, which is the result of ancient tradition and unique microclimate.

After visiting Guarneriana Library, we will meet up with prof. Angelo Floramo, who will explain a magnificent way the history and art of a town immersed in a region to be discovered. Follows the tasting of local products and music under the Municipal Loggia next to the Duomo.

Check-out after breakfast and departure towards Tolmezzo, with the participation of the local radio Studio Nord for project promotion. In Tolmezzo, in its unique amphitheater will take place a music concert and local product tasting. 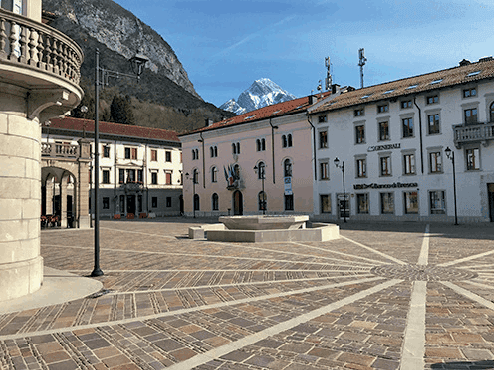 The price includes the following services:

The price does not include: