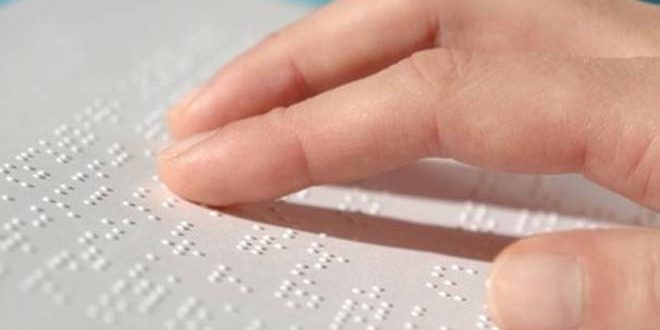 CULTURE IN THE PALM OF THE HANDS

On February 21st, took place a press conference at Rittmeyer, the Regional Institute for the Blind on Viale Miramare. It was arranged by Hubert Perfler, Regional Committee President of the Italian Association for the Blind, on the occasion of the XII National Braille Day.

In the first half of the nineteenth century, the young frenchman Louiss Braille invented the relief writing and reading system for the blind and visually impaired that allowed visually impaired people to escape isolation, absolute marginalization and the solitude in which they were confined. It is not by chance that rather than invention, there was talk of “Braille Revolution”. At that time, Louis Braille was blind and 15 years old and was trying to claimed the right to read books just like other boys: he committed himself to conceiving a touch-sensitive alphabet that should have been easy to learn, to reproduce and to use.

For over 200 years the blind are able to read and write using Braille, by being able to access written texts and study as are sighted people. Mario Barbuto, president of the Italian Association for the Blind and Visually Impaired, maintained 3 years ago on the occasion of the National Braille Day, that Louis Braille was the author of an authentic social revolution. The Association asked that every town or city should name a street or square after “the one who beat the darkness by pointing the blind towards the path of culture”. The National Braille Day coincides with the International Mother Language Day.

The Regional Committee of Friuli Venezia Giulia of the Italian Association for the Blind and Visually Impaired, would take the opportunity to launch an initiative that allows it to finance projects that would be carried out in favor of the Regional Blind and Visually Impaired and foster true equality and opportunities as compared with the world of sighted people. It intends to hold awareness-raising events, such as the “Dinners or Concerts in the Dark” and promote fundraising, which would engage companies, businesses, or private citizens, in a spirit of supportive collaboration.

Hopefully, the initiative will turn out in the next future in an actual competition of real sympathetic intentions, in support of our regional less fortunate citizens, by giving them reasonable opportunities and hope of redemption in a world tailored to some and not equally available and accessible to all. The well-known Social Cooperative C.O.A.La. (which for over 20 years now has been working with the Trieste branch) will oversee the project and its promotion, and it has already started reaching out to different companies which might be interested in the project.

The first official “supporter” (and we cite it by way of example) is the Pastificio Barone, in the person of the owner Gianfranco Burni, who engaged with an extra-ordinary passion and awareness; however, we obviously hope that it will serve as an example to other kind people, to companies but also to ordinary citizens.

We believe it is an excellent time to take this path, as our country, but also the rest of the world, needs to return to principles and values that leave room for worthy and supportive initiatives in an increasingly frenetic and indifferent everyday life next one.

We believe it is an excellent moment to embark on this journey, as our country, but also the rest of the world, needs to return to principles and values that give room to worthy and supportive initiatives in an increasingly frenetic and unconcerned everyday life.

The Italian Association for the Blind and Visually Impaired celebrates next year its first 100 years anniversary, which places it among the first state recognized associations, for the protection of the blind, from birth to death. It is committed as never before to provide also assistance to individuals with multiple disabilities and visual impairment.

We would like to thank in advance all of those who plan to become “SUPPORTERS” of the initiative of such a historically “Serious and Worthy Association”, but above all those who are going to help us make it available and rich in opportunities in favor of anyone who deserves it: that is the recipients, blind and visually impaired citizens.

We take this opportunity to officially launch this initiative by asking all media companies to help us bring it into the homes and businesses of those Italian citizens who want to contribute to a more equal and sympathetic world. The Cooperative Co.A.La., in the person of its director Massimo Zapparella, will supervise the fundraising.

Research and Technology Simplify the Life of Those with Visual Impairments
December 16, 2019

Too many obstacles for the blind: “A few acoustic traffic lights has been installed but the streets are still unsafe”
December 6, 2019