“FLIGHT OF THE ANGELS” 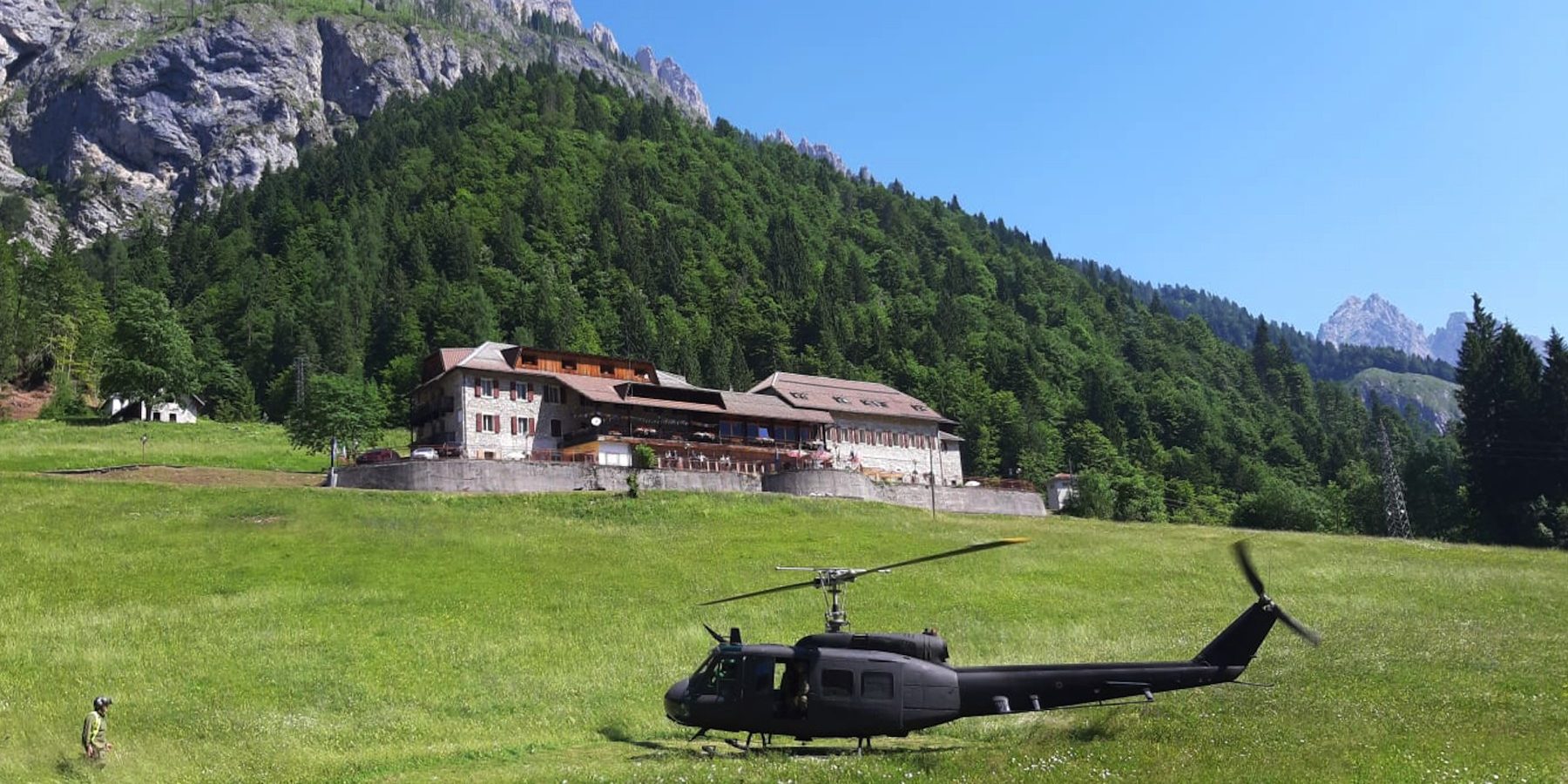 ACCESSIBLE TOURISM, ARMY AND DISABILITY A BOND AT HIGH

The meeting and the synergy of 6 people animated by a spirit of solidarity and a noble soul aimed at giving a smile to less fortunate people than all of them/all of us, in a landscape that is among the most natural and unspoiled in Friuli Venezia Giulia, brought to life the event “IL VOLO DEGLI ANGELI” (FLIGHT OF THE ANGELS). It took place on June 28th in the Pradibosco area owned by the Fractional Goods of Pesariis in Val Pesarina, near a wonderful ski lift, unfortunately still unavailable due to the calamitous event which hit Carnia at the end of October 2018, making the ski lift inefficient.

Some fifty children, boys and adults, from different associations, have experienced the thrill of flying on helicopters made available by S.M.E. – 5th Regiment AVES “Rigel” of Casarsa della Delizia (PN) under the careful direction of Mag. Maurizio Infanti. The aircraft, 2 AB 205 of the Army, departed with different flights, from the base of Casarsa with guests on board and, reaching important heights over a thousand meters, they flew over the beautiful peaks of the Friulian Dolomites Park, World Heritage Site, until arriving in Val Pesarina with a makeshift landing on a ZAE (helicopter landing area) improvised at the Hotel Pradibosco managed by the Italy Travel Tour of Petrucci Daniela, where all activities took place.

The experiences, as explained by the President Hubert Perfler, of climbing up natural paths immersed in greenery, in close contact with nature and mountain life, have been proposed along with the tour of the mountain huts. The accompaniment was possible thanks to the 4×4 vehicles made available by G.F.I. Alpe Adria with qualified pilots and experts in off-road driving. The intense and long weekend activities continued with other important moments of leisure and entertainment thanks to the contributions given by: UICI FVG, Istituto Rittmeyer and Coop. Social Cooperative CO.A.LA from Trieste, Associazione Sorrisi e Speranze Onlus – Tarvisio, Elf Garden Stellar – Udine, Overbugline – Codroipo, Our Voice youth group FVG.

Hubert Perfler, president of the UICI FVG Regional Council, Mikele and Willy from Sorrisi e Speranze Association Onlus Tarvisio, Riccardo Scarsella Col. of the Army Aviation Command, Massimo Zapparella president of Sooc. Coop. CO.A.LA, expressed their satisfaction with the outcome and with feedback received from all the participants. Hence, there’s a desire to propose again more events such as this in the future in which accessible tourism, aimed at people with disabilities, can bring the “Flight of the Angels” to high altitude, with the support of the National defense General Staff, the active and synergistic collaboration of the EMS, the 5th AVES Regiment “Rigel” and many volunteers.

A special thanks to the North Operational Forces Command of Padova, the new mayor Erica Gonano who actively collaborated and allowed the event to take place, to the mayor of Sauris, the Alpini Group of Socchieve who helped to organize these intense days of great human value.